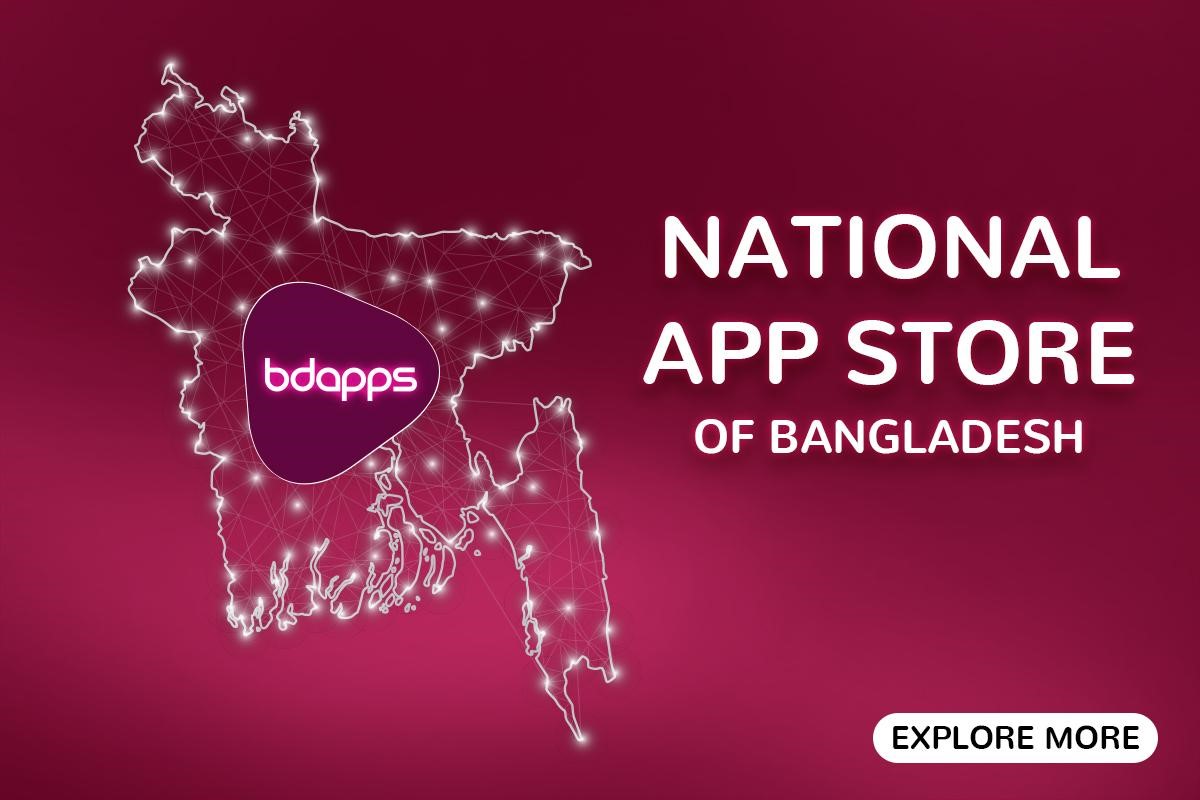 The content of this case study was written by the representatives of Robi Axiata Ltd.

In a nation of 165 million grappling for opportunities and employment, bdapps was born out of the vision to infuse economic sustainability into the lives of its people using digital means. With this in mind, Robi Axiata Limited sought to put to work the strongest tool in its kit- its vast telecom network. Using the API Hub of bdapps along with our Robi network, anybody can create an app, begin its distribution and generate a steady revenue stream. Not only is this economically promising, but it encourages more people to join the digital workforce and use this platform to grow as a NextGen digital leader. Furthermore, being recognized as the National App Store of Bangladesh by ICT Division allows bdapps to accelerate its drive in this scenario.

The core idea at the center of bdapps is to encourage the monetization of digital apps and services, making it possible for people to enter the digital workplace while targeting different segments such as university students, young female graduates, freelancers and even homemakers. This approach enabled us to take targeted action as per each segment’s needs; meanwhile bdapps offered them the building blocks for their own personal and professional growth in the digital sector.

bdapps, being a Telco-based API hub, enables anybody to join the platform, build an app and start monetizing it right away. Being a wonderfully simple digital platform, we reached out to all the different communities we wanted to impact to begin their journey. We launched the largest campus ambassador program in Bangladesh to bring on students from remote and obscure institutions to secure their future here. Our She Squad Program, targeted towards females, served not to increase their participation in the digital workforce, but also encouraged stay-at-home mothers and homemakers to pave their own paths towards financial independence. bdapps also launched Appmaker+ (a no-code app creation tool), allowing developers to create functional Android apps without a single line of code, significantly reducing the go-to-market for great ideas.  All of our bdapps developers, evangelists and leaders- alongside creating apps and earning money- have also been given mentorship and grooming to make them fit for a future-forward workforce.

Bangladesh is teeming with talented youth struggling to find their footing in a competitive workforce. bdapps enables them to bring their brilliant ideas to life, properly monetize them, creating a sustainable revenue stream. Furthermore, with a streamlined focus on youth, women and budding community leaders, bdapps is making an impact in the lives of those for whom it matters the most, elevating their livelihoods. This is cultivating a new breed of micro entrepreneurs who are turning their innovative streak into an economically transformative endeavor that bdapps is taking into a national scale in partnership with ICT Division, thus, driving impact through SDG 5 (achieving Gender Equality by targeting female participation in bdapps, amongst others), SDG 8 (creating sustainable opportunity for Decent Work and Economic Growth), SDG 9 (focusing on Industry, Innovation and Infrastructure from a digital telco perspective) and finally SDG 17 (engaging in Partnerships for Growth).

Till date, bdapps has a cumulative of 25000 Developers, 45000 Applications and 13500 Female Developers. Meanwhile, through the various community-centric programs, bdapps is also working on nurturing a generation of leaders. bdapps Campus Ambassador Program is exemplary in terms of nationwide impact- with 100+ Campus Ambassadors from universities all over Bangladesh. bdapps, She Squad Program has increased female participation in bdapps by 133% in an effort to encourage more women to join the digital workforce. Each of these people whom we are proud to recognize as bdapps Developers are earning an average of 30000 Taka/Month as revenue generated from their apps. More than 2500 of these developers are pursuing bdapps full time, exemplifying its potential as a solid economic stream. Moreover, instead of just focusing on central Dhaka, bdapps has also quickly expanded its operations to other regions including Chattagram, Khulna, Rajshahi, Sylhet and Barisal to bring hyper localized-developers into our patronage.  The success of bdapps demonstrates how mobilizing different communities can actually have a multiplicative impact on their growth while infusing sustainability into the system. Furthermore, as a new feather in its hat, bdapps has been recognized by ICT Division as The National App Store of Bangladesh due to its heartfelt contribution to the Digital Vision of the country along with an ongoing partnership with ICT Division to accelerate this growth.