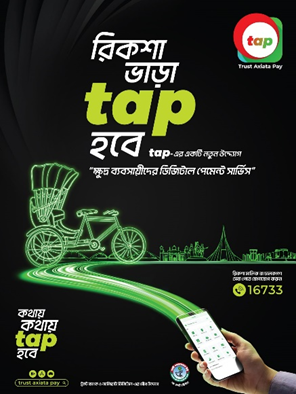 The content of this case study was written by the representatives of Trust Axiata Pay.

We are in a state of hope to build a future with a cashless society. Reducing the volume of cash transactions in society surely has its advantages to any economy. Currently, the focus on the base of the economic pyramid, the micro merchant, is extremely low. The lower income band of our country is habituated within usual cash in & cash out only. We want to broaden the spectrum so that the unbanked merchant’s avail of mobile financial services and get introduced to the digital payment revolution. These categories of merchants do not fall under the coverage of banking facilities but this as a whole needs to be changed. Along with national security, GDP calculation the overall ecosystem is in need of a cashless society to make people more digitized.

The Idea
A strong representative of micro-merchants is the Rickshaw puller. Rickshaws are the main mode of transportation in our country. This is also one of the iconic symbols of Dhaka. We believe, if we can digitize the rickshaw fare, we can digitalize any mode of payment in our country. Rickshaw pullers in our society face some severe unnoticed & unaddressed issues. There is always a risk of losing their hard-earned money due to extortion, damaged cash due to rain, sweat, etc. In most cases, it is difficult to find exact spare changes for rickshaw-pullers. So, payment through Mobile financial services is a convenient choice.

We have convinced 300 rickshaw pullers in Dhaka to receive payment through MFS. On-boarding the first batch was extremely challenging. We could not onboard them as merchants as they do not have the necessary papers. So, we onboarded them as Personal Retail Account (PRA) holders. They only need a Mobile number, NID, and some basic information along with a patron who confirms his profession. This account can be activated with feature phones, so no smartphone was needed. We have incentivized them 10 taka per ride to receive payment via tap for 15 days. We have also subsidized their cash-out charge. We have provided QR-coded cards, t-shirts, and caps so that they can be identified as tap PRA holders. We have also incentivized the passengers as well by offering them cashback. However, we intentionally did not promote it massively to observe the organic behavior of the passenger and the rickshaw pullers. 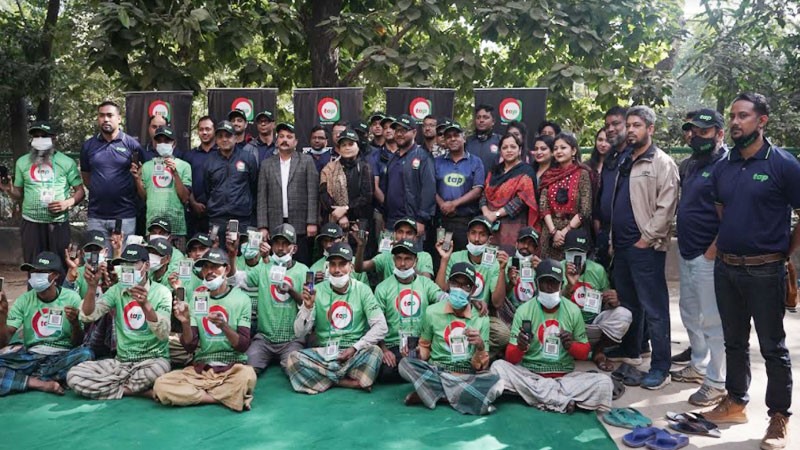